Justin's Advice Column Just*in Time: So, you want to be an HIV Activist…


So, you want to be an HIV Activist… 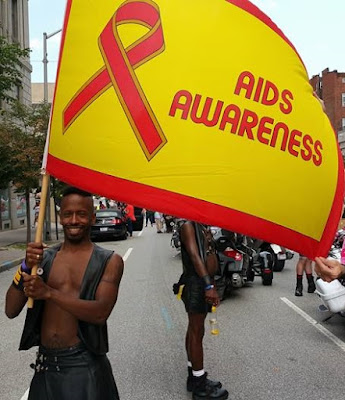 There are several things that you should be aware of or put in place so that you can become a HIV activist. When I became an HIV activist I had to keep in mind that there are different ways for one to become an HIV activist. There is a virtual activist, who is more of a present-day phenomenon; this kind of activist uses social media such as YouTube, Facebook, Twitter, etc., to spread their message. There is the more traditional activist, who will organize a protest in numbers and bodies to put up picket signs and yell slogans. In this country and world, we need both and more allies to join causes even if it doesn’t affect them directly

We are now Empty Nesters Good luck to both of my sons Lundyn and Tavis.  They are in separate cities adulting.  They are both good boys and now I can say, young men.  A part of becoming a parent is learning how to let go.  I’ve had to learn that it even though it was a hard thing to do I had to.  Being a Dad means everything in the world to me not only because I’ve helped raise two awesome individuals but because I’m letting them go out into the to be awesome individuals.  After they moved out my hubby and I moved into a bigger house.

MEDICATION:
Odefsey and Complera basically have all the same drugs, except it (Odefsey) replaces disoproxil fumarate (TDF) with tenofovir alafenamide (TAF).  TAF and TDF can directly affect the kidneys and bones, but the dose of TAF is lowered in Odefsey than the TDF in Complera.  Therefore, one can conclude the Odefsey will be a lot softer than Complera when it comes to the long-term effects on the body.  Bone density loss can become a problem or long term effect of being medicated for HIV.  With Odefsey unlike Complera bone density loss is less of a concern, along with toxicity in the kidneys.
Odefsey has been approved by the FDA for treating HIV infections in persons who have HIV but have suppressed it with antiretroviral (ARV) and those who are 12 years or older with no past ARV therapy history and viral load less than or equal to 100,000 copies/mL.

I will continue to complete my regime with Complera and then switch over to Odefsey which should happen in about 2 months’ time.  Just remember everyone is different so I’m not sure how my body will react to the change in medication.

I’ve switched medication 4 times in 9 years.  The first medication gave me Jaundice.  The second medication didn’t do much for me the third medication put me to sleep but with Complera I felt so much better.  I wasn’t tired all the time and since it was one pill a day it was much more convenient for me.  I’m not too worried about switching to medication again because it seems as if science and medicine are always coming up with new ways to make HIV medication a little less harsh on the body because of long term use.

Anyone want to share their experience please do comment below I would love to hear from you
JustinTerrySmith@gmail.com
Posted by Justin B. Terry-Smith at 1:28 PM

Sometimes it is just good to let your hair down.  Being HIV positive doesn’t mean you have to stay at home but it might mean you need to get out of bed and enjoy life.  There were many times, I felt depressed when I was first diagnosed.  Life is a celebration and I say live it to its fullest.  I’m not a party boy or anything but I had to get footage of the parties on the Atlantis Cruise Allure of the Sea ship it was amazing.  We went to Cozumel Mexico and we went Snubaing which was amazing.  Then we went to Costa Maya Mexico where my husband and I did the Dolphin Encounter which was great except they wouldn’t allow me to video tape it, but the experience was well worth it.  The best to me was Labadee, Haiti where I ziplined and parasailed with the hubby.  This vacation was needed and being a HIV positive activist, husband, parent etc. can be stressful so it is important to stop and appreciate all that is around and the experience that I have.
Labadee, Haiti
(Zip Lining & Parasailing)
Costa Maya, Mexico
(Dolphin Encounter)