Posted by Justin B. Terry-Smith at 10:23 AM Links to this post 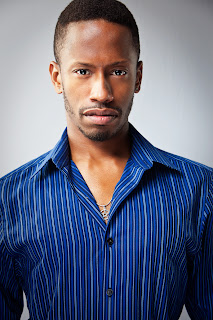 Justin,
I’m sure you get lots of messages, but wanted to say thanks for your videos and really good support they have given me. Every little bit helps. People like you are so needed. I got into the “system” by a surprise HIV diagnosis a month ago; it’s been tougher than I thought but I’m stronger than I expected so it’s okay. You’re one of three people who have put really good things on-line. It is strange almost because through work I come across stories about HIV and things all the time. I work in the Web hosting department for a U.S. TV/media company so I will hopefully be over in the U.S. soon, and, actually, I have a “brother” (from another mother) in L.A., where I go a lot. I love how the U.S. has changed attitudes and hope to be there for good one day. London is okay but getting too crowded and, being Swedish, I miss nature and the ocean. I do have just a quick question; maybe there is no easy answer. Suppose one meets a guy and everything goes really well but you need to tell him about the little blue devils (you know what I mean). Ugh, I should have said it upfront. One of my mates said, “You tell and if he doesn’t understand then he won’t be right anyway.”
—Joney  London, United Kingdom

Joney Your friend is right. I think the proper thing to do in these matters is to disclose, especially if you’ve already been intimate. But why not disclose before you’re intimate so that he knows what he is getting himself into? Not saying that having a partner who is HIV-positive is an issue, but to start off open and honest about your status is, in my opinion, the right thing to do. There is also a time and place to do everything. I suggest that you may want to feel around the question about HIV and see if he is okay with it by either coming straight out and telling him or being very cautious. There are many different ways to tell someone but be careful, especially if you have already been intimate. I don’t know what the laws are in the U.K. but we here in the United States have what we call HIV criminalization laws. These laws persecute anyone who doesn’t tell their sexual partners that they themselves are HIV-positive. If he doesn’t understand that, then don’t worry about it; I know there are plenty of men in the sea (or the English Channel) for you. Also make sure you take care of yourself and go to the doctor. A new HIV-positive diagnosis can make people feel like HIV is something they can write off. Take care of yourself first. You cannot take care of anyone unless you take care of yourself first. -Justin

Hey Joney,
How’s it going with the HIV diagnosis and did my advice help?
—Justin

Justin, People get complacent with HIV and I think it’s no big deal but in my case it caused early inflammation of the brain. I have had terrible headaches for the past months and they finally put me on meds now and hopefully they will improve. I nearly panicked at the waiting room for the meds, realizing this is really happening, and, when I took them for the first time, it really, really sunk in because in the back of my head there was always a slight denial that maybe I didn’t have it. Now I feel great relief; this thing is being taken care of and I can live my life again. Now about the boyfriend: I told him and he is fine and wants to marry me. Thank you for asking me it means a lot. The only problem is I was going to leave London—now I’m rethinking all of it. I know it’s silly giving up my dreams of L.A. for a man but I think he’s worth it.
—Joney

Justin B. Terry-Smith has been fighting the good fight since 1999. He’s garnered recognition and awards for his work, but he’s more concerned about looking for new ways to transform society for the better than resting on his laurels. He started up in gay rights and HIV activism in 2005, published an HIV-themed children’s book, I Have A Secret (Creative House Press) in 2011, and created his own award-winning video blog called, “Justin’s HIV Journal”: justinshivjournal.blogspot.com. Now, with this column, Justin has found a way to give voice to the issues that people write to him about. Visit his main Web site at www.justinbsmith.com. He welcomes your questions at jsmithco98@hotmail.com.
Posted by Justin B. Terry-Smith at 10:02 AM Links to this post