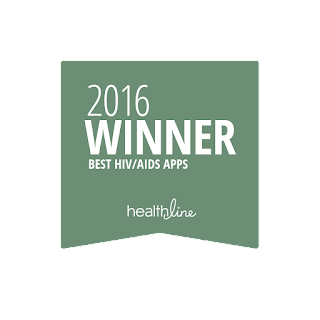 I am deeply honored and proud to say that Healthline Media has named Justin’s HIV Journal one of the best HIV & STD blogs of 2016.  I was surprised when I received this e-mail (copied and pasted below) from Healthline Media LLC.  This is amazing to me and I’m so glad that speaking out about something so passionate is giving to the common good of making awareness and education on HIV and other STI paramount.  It has been a little over 10 years that I’ve lived with HIV.  Justin’s HIV Journal is not alone in being one Healthline’s best HIV & STD blogs of 2016.  Here is the list of the top 18 2016 winners Blog.AIDS.gov, The Body: HIV/AIDS Blog Central, HIV/AIDS Advice from Verywell, HCV Advocate, Hep B Blog, HIV and ID Observations, HIV Negative Spouses, I’m Still Josh, Living in the Bonus Round, A Marine and HIV, My Fabulous Disease, My Journey with AIDS…. and More!, POZ’s Blog, Poz Life of Patrick, Shawn and Gwenn, The STD Project, and The Well Project.  I’m humbled as well, because the other blogs named above are so amazing and informative.

Congratulations! Your blog has made Healthline's list of the Best HIV/STD Blogs of 2016! Healthline's editors selected each winner based on their reach to educate, inspire, and empower their readers with frequent updates and high quality information. We created a badge to help you publicize your achievement, and I encourage you to embed the badge on your site and share your 2016 status with your followers.

Thanks for providing a great resource to the HIV/STD community. I will be happy to answer any questions and assist you with embedding the badge on your site.

HIV is a horrible disease but one thing that I realize, at least in my opinion, is that spirituality does help with stress and release.  Being stressed with HIV is never a good thing, it only allows the HIV to hit your body, mind and soul harder than before.

In my journey living with HIV I converted from Christianity to Paganism.  Paganism is older than Christianity and I felt very comfortable with my decision.  But I also had to understand that in my family heritage I’m originally supposed to be Jewish.  So this is how it going a long time ago one of my Great Great Great Grandmother on my mother’s side was intimate with a Jewish man.  From the very beginning it was taboo.  At that time there was no way a black woman and Jewish man could ever be together on a permanent basis, it was illegal.  Her descendants married Christian men, took on the role of being Christian, and raised their children that way.  That is the story of my family that I was told.  I was also told that the last name of the Jewish man was Sasportas.  The name Sasportas can be found in a lot of places from the black slave owners book to leading slave revolts in the Caribbean.

All in all, I should’ve been raised Jewish but was not.  I consider myself Judeo-Pagan, which means to me that I really should look at Kabbalah and no I don’t mean the commercialization that many celebrities have done but an authentic practice of Kabbalah.  From the Kabbalah Center Kabbalah is an ancient wisdom that reveals how the universe and life work. On a literal level, the word Kabbalah means “to receive.” It's the study of how to receive fulfillment in our lives.  I continue to observe and celebrate Jewish holidays and customs, and believe me this is not easy because there are so many.  The Hebrew name that I go by is Yadin and I’ve joined a Jude-Pagan study group and after I complete my doctorate program I will start Hebrew school.  You may understand this but I believe that being spiritually aware in one’s own right can bring fulfillment in your life and the lives of others.  The only thing I ask is not to put one’s religion on anyone else and respect anyone’s decision to pray as they wish.

Now I feel a bit better because of my new found spirituality.  Having the support of my family, friends and readers really means a lot to me.

Other Jews out there may not accept me because I didn’t go through certain channels the traditional way, but that is on them if they would like to take that in.
Posted by Justin B. Terry-Smith at 1:02 PM