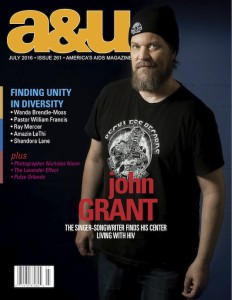 In the latest edition of A&U Magazine America's AIDS Magazine I talk to a reader about Sexual Empowerment and PrEP.

I hope you get to read this because I’m in desperate need of an
answer about HIV prevention.

I actually met you years ago when you were the speaker at Howard University for Black AIDS Awareness. I was a freshman then and I didn’t know a lot about HIV. I think the reason why is because I didn’t know how to accept the fact that I was gay. When I finally acknowledged it, I thought about your presentation at Howard University. It scared me because I didn’t want to be HIV-positive. I had a boyfriend and we had sex only about twenty-five times. He was very abusive verbally at first and that really took a toll on my self-esteem; then he became physically abusive and would throw things at me in the house, punching me, smacking me, etc. I left him and now I have a new boyfriend.

My new boyfriend is amazing, but he is also HIV-positive.  He doesn’t want to use condoms but he wants me to go on PrEP; I kinda already know what I want to do but I really wanted to know what you would do in this situation. Do not worry—I’m not basing my decision on what you say, but I am going to take it into consideration.