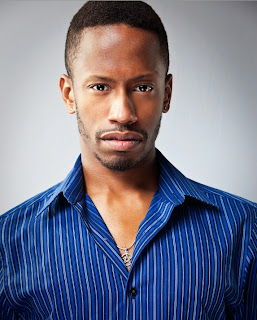 Justin, Hello, I have tried to send you a friend request after I sent this message because I thought I would ask you for permission to become your friend on Facebook. I really admire you as far as thework that you do for the HIV and gay community. I just wanted to share with you that I am a very closet-type person. I don’t know a lot of people, strictly by choice. I am gay—not DL (down low) or bisexual, but gay. Because of the lack of education that people have and their stupidity about it, I keep it to myself. July 22nd will make ten years for me being HIV-positive. Never have had to take medication, never have been hospitalized for it and that is a blessing. I have a personal issue about something and I know I can get an honest answer from you. Why is Magic Johnson the face of HIV or whenever they use somebody it’s always like that? Let me explain. Why does the media or news outlets never show the truth about HIV, you know, the having to take pills, and the going to the clinic, and being hospitalized. Why is the hardcore stuff never shown? Personally I think it would help if it was really shown how HIV breaks your body down. Well, thank you for your time. I really appreciate all that you do you. —DD First let me say thank you so much for e-mailing me. Facebook will only allow a certain amount of friends per person (hint, hint: try looking up J.B. Terry-Smith). Well, I can see you have a loaded question that could have a lot of different answers. You have to take into consideration that Magic Johnson was one of the first professional athletes to come out and say that he was infected with the virus. In 1991 that was almost unheard of and it took a lot of bravery and courage to openly tell the public about his HIV status, especially being a celebrity and professional athlete. I believe he helped a lot of people in encouraging them to disclose their status or get tested or go for treatment. Johnson retired in the same year but came back to play in an All-Stars game in 1992. Now, twenty-two years after his HIV disclosure he has given his time and energy into raising money for HIV/AIDS awareness. Also let me say to my other readers that just because he is still living doesn’t mean in any way, shape, or form he is free of HIV or cured. It just means he has taken care of himself and also has the money to do so. It is now 2013 and he is no longer “the face of HIV” in my opinion; anyone who is open with their status, not only to their partners, friends, and family but to the world, is “a face of HIV.” There is no one specific person who could hold that title. That being said, celebrities and athletes are able to raise awareness of a disease a lot faster than people in the general population. People in the general population usually listen to people like Magic Johnson, Ellen, Don Lemon, Anderson Cooper, etc., because they are trusted spokespersons on issues that affect us all. Over time media outlets have shown people infected with HIV in the hospital, taking HIV medications, etc., but now we have YouTube where we ourselves can show the truth about HIV. I know on my YouTube channel I show all of those things. But that is only my truth about HIV, there are several others like myself, Robert Breining, Patrick Rio Kay, Mark S. King, Marvelyn Brown, Maria Mejia, Dab Garner, Jose Ramirez, Anthony Polimeni, Aaron Laxton, AJ King, etc., who are faces of HIV activism. We don’t have the money other (famous) spokespeople might have, or get the recognition we deserve, but our hearts are just as big if not bigger. We are all dedicated to eradicating this disease from our communities and from the earth. Now, my question to you, DD, and to the rest of my readers is: What are you doing to help fight HIV in your community? Keep on fighting the good fight and we will win the war.
Posted by Justin B. Terry-Smith at 8:53 PM