Man on PrEP is infected with HIV

For the first time Scientist have now seen its first case of an individual contracting the Human Immunodeficiency Virus (HIV) while being compliant with taking Pre-Exposure Prophylaxis (PrEP) daily.  The HIV strain that they were exposed to is supposedly a multi-drug resistant strain.  In other words, the strain of HIV that the person who was taking PrEP, is resistant to many levels of HIV medications.  So this doesn’t surprise me because the strain is HIV drug resistant because PrEP is 92% effective in preventing HIV transmission, so it isn’t 100% but neither is using a condom.

Unfortunately, the only thing that is 100% effective is abstinence and that is farfetched to try to even preach that message.  PrEP has been approved by the Food and Drug Administration (FDA) since July 16, 2012.  I would say 4 years of no HIV infections for those that are compliant with taking PrEP is a huge step for public health in eradicating the threat of HIV transmission.

A 43-year-old man who has sex with men (MSM) who had been taking PrEP 24 months before his HIV test provided a positive result.  The researchers gave him a blood spot test in order to determine whether or not he had stayed compliant to PrEP, which it was inferred that the patient was compliant.  Test also concluded that his HIV medication resistant strain that he was infected by was indeed from only 1 person and not because of mutation of another strain of HIV after transmission.  The patient is now being put on Tivicay (dolutegravir), Prezcobix (darunavir/cobicistat), and Edurant (rilpivirine), and continues to have an undetectable viral load.


The data was made public knowledge at the 2016 Conference on Retroviruses and Opportunistic Infections (CROI) in Boston by HIV Specialist Dr. David Knox
Posted by Justin B. Terry-Smith at 7:06 PM Links to this post


I was on Facebook when I first heard of and saw the HIV Smart Campaign and became very curious about what was its meaning.  As many HIV campaigns have become a part of social media this HIV campaign is the first of its kind that I’ve seen since PrEP was created.  I attended photoshoots in Baltimore and in Washington DC, both with good turn outs.  The pictures are meant to be shared on all social media including Facebook, Instagram and Twitter.  This campaign raises awareness on how we mentally see people with HIV and HIV itself.  While the mission is that people think smarter (hence the glasses) about HIV, it reduces HIV stigma at the same time.  It also makes not only the target population of gay men and MSM but the general population think about the benefits of PrEP and PEP.  Working with photographer Ryan Colford was amazing and he is amazing.

HIV Smart was created by founder and President Ryan Colford, “to dispel ignorance because of all the disinformation still being circulated to the public in an age of technology. Real facts need to be known, and should be shared.”

HIV Smart is a newly developed nonprofit organization that focuses on education about preventative methods (PrEP/PEP), education about risk behaviors, advocating HIV testing and the importance of knowing your status. HIV Smart also creates awareness about the serious link between people living with HIV and depression, and last but definitely not least, places an emphasis on fighting stigma.

The heart of HIV Smart campaign is a social media photo campaign. We encourage everyone to use their pictures across all forms of social media from Facebook to Instagram to Twitter. The recognizable imagery will help to raise awareness through increased visibility and foster real intelligent conversations relaying true facts and dispelling myths. These conversations will cover the challenges associated with the virus and stress the importance of treating all people with dignity and compassion.
Our goals are to create multiple photo events in each of the 50 states with a large focus on the top 5 states with the highest transmission rates (New York, Florida, California, Georgia, and Texas). We hope that each photo event will help educate everyone regardless of status, create more public awareness that it’s only disease, and reinforce that shame of any sort should never be associated with HIV.  He developed the idea of forming the organization, corresponding website, and blending it with his talents as a photographer by adding a social media photo campaign. 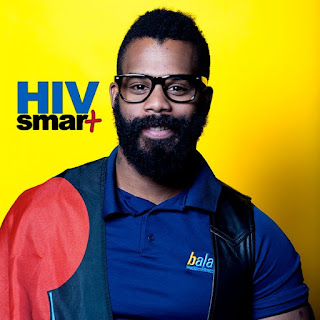 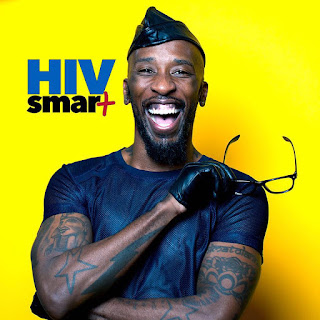 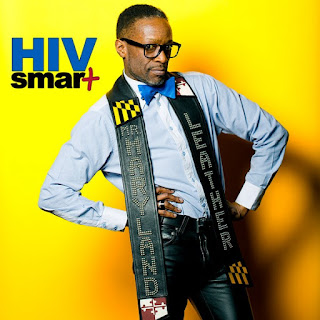